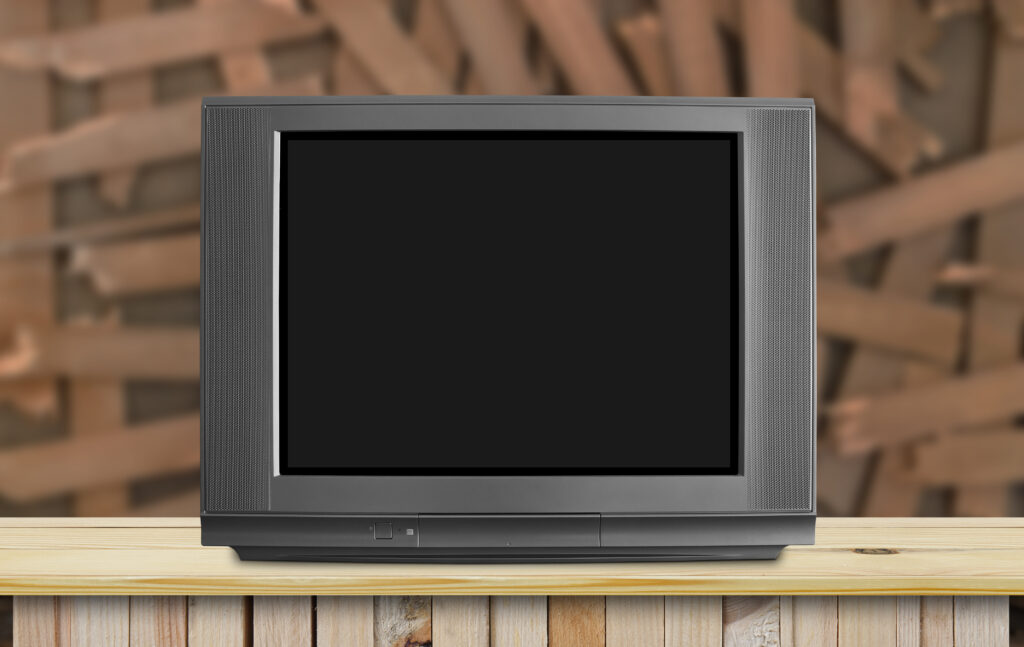 Donate the Television
Some local authorities accept an old television that is still working. You can contact such organizations and find out if they need the television. If the set has been in the storage area for some time, check it out first before donating it. This is to ensure that the television is in good condition.

Sell It for a Small Token
Selling a television is another option to dispose of it. Some people might be interested in it as long as it is still working. Fortunately, you have several options, such as online platforms to market the television and identify potential buyers. Options include apps, Facebook, and other platforms to list the TV set and get potential buyers.

Drop it off to a Recycling Program
In some towns, you will find several drop-offs and pick-up areas for old televisions and other items. When looking for such programs, find out when you’re supposed to drop off the set. This is because some programs have drop-off policies. Also, check online for the relevant programs within your area and determine whether the program is certified to offer the services before you hand over the television.

Contact a Local Junk Removal Company
Most junk removal companies accept old television sets. They pay the customer a small fee as compensation for the television. If you plan to dispose of your old television and do not know how to go about the entire process, contact us today at Sunny Trash Hauling for effective and seamless services.

GET A FREE QUOTE

We look forward to serving you!